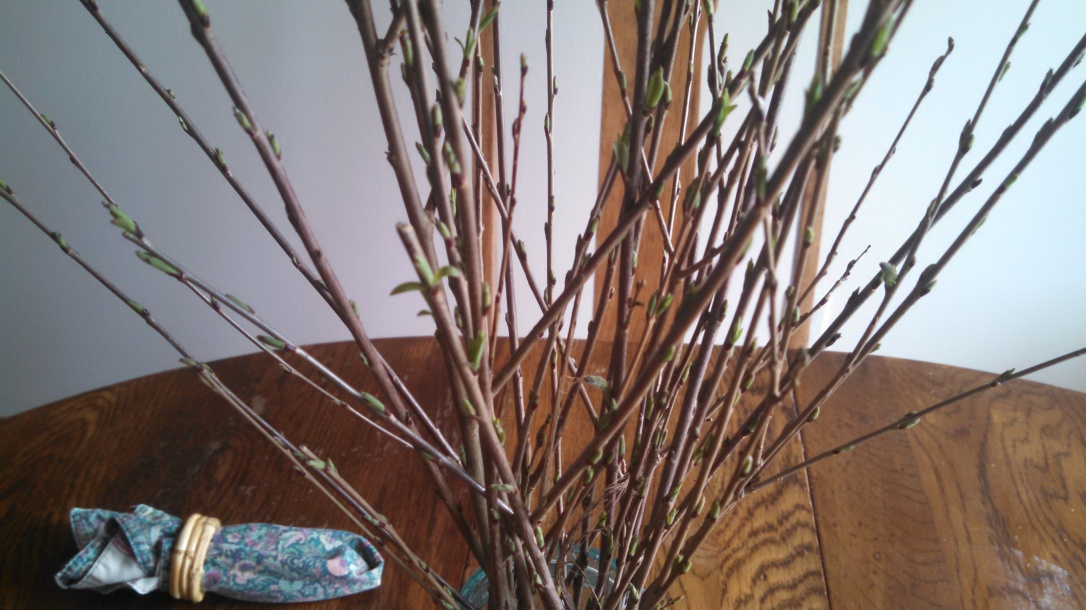 It’s March. Each year the Iowa landscape dons a coat of mud regardless of what type of winter we’ve endured or embraced. The light changes giving hope for warmer days even as the furnace continues to blow warm air on our winter dry skin. And we who chose to live in Middle America get antsy. Antsy to plant. Antsy to shed our coats and our daily vitamin D supplement. And in my case antsy to move out of the church season called Lent and into Easter.

For practicing Christians Lent is a time of deep reflection on our actions in this life. A time for many of giving something up such as chocolate or online shopping or hatred. Or taking something on, a new behavior cultivated over time with daily discipline such as praying for hungry children, dropping off food at the local food bank every Friday, or thanking mentors for their coaching so freely given for our own betterment. Something different chosen and practiced so that after Lent is over, when we begin fifty days of once again embracing our lives as Easter people, the practice remains solidified, habits changed over the six weeks of Lent. Not quite the two months needed to fully change a habit the experts tell us, but close enough to keep going.

I’ve never liked Lent. It’s dark, introspective, and wrapped in deep purple when all I really want is something light. And it’s full of the word “sin” which needs a reframe I think, one less associated with shame and more with being humanly capable of change.  And this year, well introspection hangs onto grief like sap. We’ve been Lentening since August and really a few chocolate bunnies would be most appreciated now in our spring slog.

When I was a child Lent meant extra worship services on Wednesday nights. In my teens it meant giving something up like the year my friend Kirsten and I gave up sugar only to gorge ourselves Easter Sunday morning in the church basement while helping with the Easter breakfast.

As a mother, Lent prompted creating ways to track the time preceding Easter much like an Advent calendar counts off the days before Christmas. The first year we owned a home, I tied bright colored feathers to our lone and little front yard tree until its own leaves unfolded into green. Little did I know my creation was something stemming from my ancestry. I had made a Swedish Påskris which translates as “Easter twigs.”

I grew up with a Påskris of sorts. My mother and some of my teachers cut pussy willow branches in early spring to bring indoors. Some women put the branches in water, some did not. But the branches in water over days slowly leafed out, the miracle of spring’s new life playing out on windowsills and kitchen tables across my Scandinavian influenced river town community. 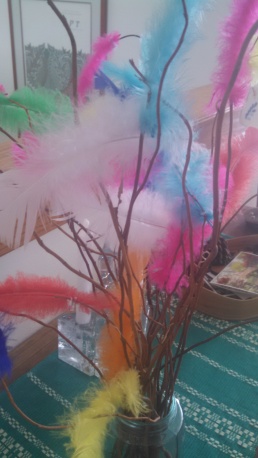 Over these years of raising children, I’ve searched for willow bushes to cut my own live branches. Most years I’ve settled for store bought curly willow twigs purchased inside at my local grocery store or from a gift shop owning farm woman. These branches always decorate our home this time of year dressed in feathers and Easter egg ornaments. But they are alas no longer green within and serve as abstractions or symbols of the real thing.

A couple of years ago though I found a willow bush at a local gardening center. Tony dug through our hard clay to plant it up near the house even though I’m sure there was something else he’d rather been doing. Me assuring him as he dug that it was probably the last time we would plant a bush or a tree, the yard now full of life. He knowing by the next spring I would find something else to plant or better yet want to rearrange the landscaping.

The bush Tony planted flourished as all willows do. It grew up quickly toward our windows and the light frequently needing aggressive shearing. By last September it looked like it would take over our house. The church men who did our yard work itched to trim the willow back. But in my shock and need for control, I told them not to touch it. 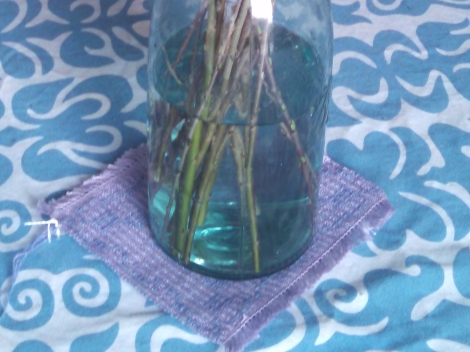 This spring I remembered the willow bush out back wanting this year of all years to watch a live Påskris take root and bloom in our home.  So one morning, a Friday, I ducked out back in the early morning cold to cut back the willow bush bringing its fallen branches inside. I filled up the large old blue canning jar with water and set everything in my office. Later in the morning I asked my online seminary group to name one gratitude and one waiting, a something on their hearts and minds that seemed a long time in coming. With each gratitude and each waiting, I added a branch to the jar. After group that morning the branches found their own waiting home on our kitchen table where the boys took their presence for granted being quite familiar with my bringing nature indoors mentality.

Some mornings I take a photo recording the branches’ journey. I will show these photos to my seminary group sharing this simple miracle living right under our mostly Midwestern noses. From the funny but not so fuzzy buds, to curled up leaves, to leaves just opening the photos capture this passage from dormancy toward awakening even as an early spring snow storm rages outside. 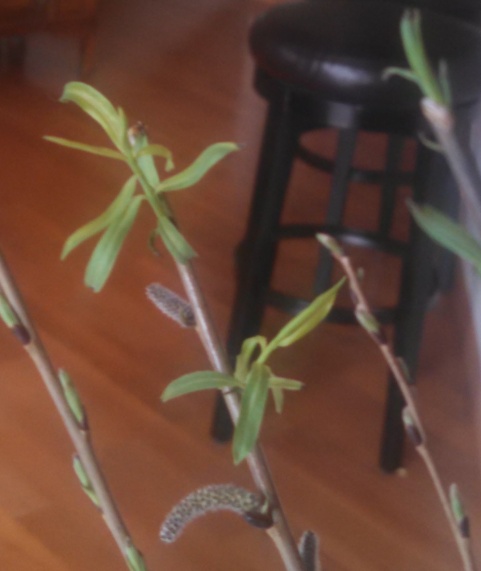 And this process, age old, elicits hope within my heart. Hope which tells me no matter what has happened or will happen, the rhythms of nature move through their living and dying and living cycle much the same way they did last spring and will again next spring. And even if our life is so very different this spring than last, our leaves too uncurl a bit more each day for want of more sunshine; spreading out in the warmth while taking in moisture, air, and life again after a time of dying, darkness, and reflection.

You can see more examples of Påskris on my Pinterest page at https://www.pinterest.com/jenniferohmanro/ 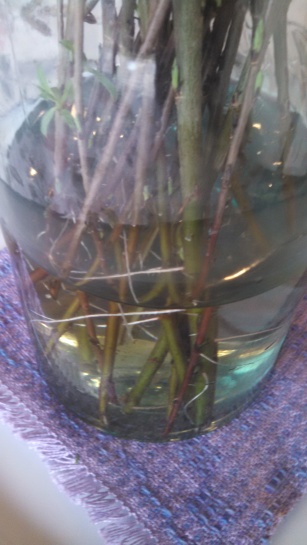 Like most people I have many identifiers. Currently I call myself writer, author, theologian, future minister of Word and sacrament, and child development specialist. My pronouns are she/hers. View all posts by Jennifer Ohman-Rodriguez

Order my book, A Time to Mourn & A Time to Dance, here:

© Jennifer Ohman-Rodriguez and Jenniferohmanrodriguez.com, 2015, 2016, 2017, 2018, 2019, 2020, and 2021. Unauthorized use and/or duplication of this material without express and written permission from this site’s author and/or owner is strictly prohibited. Excerpts and links may be used, provided that full and clear credit is given to Jennifer Ohman-Rodriguez and Jenniferohmanrodriguez.com with appropriate and specific direction to the original content.